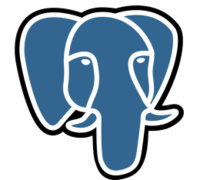 Disclaimer: I reside in India, and thus the feedback below is quite possibly local to my own experience, and / or, to this geographical location. Also, probably things have changed since I gave this Certification a few months back, and so as mentioned below, YMMV:

Lengthy but good one. Hope it definitely comes in handy.

Really good info to start with. Thank you so much

thanks Robins. I'm basically from Oracle and moved to Postgres recently. I want to take a certification in postgres. Would you mind helping me with the links (to register etc.,) Thanks in advance!

This exam adopts "PostgreSQL" as the standard RDBMS and you can take this exam all over the world!
OSS-DB is a qualification certification for engineers involved in OSS-DB system. OSS-DB system is
commonly used and the number of company is increasing each year relying on the system.

How do you study to thi exam?
They use webcam in the exame?

Thanks for the wonderful info,
Any basic certification for Postgres sql Developer? please provide the details.

Loved it! I've few question. How do I contact you?

I wrote mock Postgresql certification exam at www.vullam.com and found it so helpful
You can also try and get confidence

Where can i find the topics to do the Postgresql Associate Certification.Please guide me on this.

Thanks for sharing your experience, now I got some clarity on how to proceed.